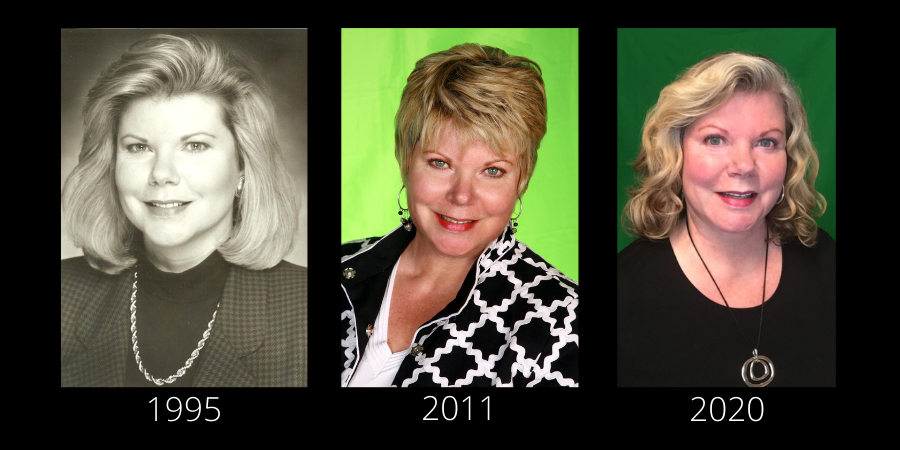 March was the silver anniversary of starting my interior design business.  The circumstances of 2020 made it impossible to have a public celebration and invite all the people that made my long design career possible. Facebook just showed me a memory of my 20th anniversary party and it prompted some reflection.

Being a single woman with a mortgage and little savings, some said (and many thought) it was cray-cray to decide to quit my well-paid job in the graphics field, change careers, go back to school and start a business.  After investigating other options, I decided to purchase an interior decorating franchise.  I wonder how I had the guts but was sure of my desire to make it work.  Business was profitable from the start but. . . not profitable enough to be self-supporting.  I accumulated additional personal debt and there were times I was unsure if I should (or could) continue.  The thing that kept me going was knowing interior design was what I loved.  It took 5 years to finish my degree, receive my ASID designation (American Society of Interior Designers) and get back to my previous earnings.

The purchase of the decorating franchise provided me with what I initially needed: training on a proven business system.  As with any franchise, some support and ongoing training is available, but the rest is up to you.  I loved being a franchise owner with the international company and was soon part of the local support system.  During this time, I was a one-woman business with very part-time help from a series of terrific assistants.  After 17 years with the franchise, changes prompted me to leave and start an independent interior design business called Beautiful Rooms.  In 2015, the business had grown so I took a leap of faith and hired an experienced interior designer, Kathy Cissell, to assist me.  Over the past 25 years, I have worked from 3 of my homes and one design studio.  To quote Heraclitus, a Greek philosopher, “The only thing that is constant is change.”

For example, see above for just a few of my many hair styles over the years.  And, no, I didn’t start my business before color photography just pre-digital.  Black and white was less expensive to reproduce back in the day.

Since 1995, I have seen many design styles come and go and come back again!  One example is multi-layer window treatments.  They’re baa-aack!!  (Like Poltergiest II)  When I started, English Country in navy, cranberry and hunter green was what everyone wanted to have in their homes with lots of wallpaper and pattern.  Think Mario Buatta, a designer known as “The Prince of Chintz”.  By the early 2000s, we saw less pattern with dark walls and furniture, sleigh beds and big 3-piece entertainment units.  By 2005, kitchens featuring espresso cabinets with granite and brushed nickel were seen and sage/gold colors were the top choices.  After the 2008 recession, popular colors reverted back to 80s “earth tones”, with gray leading the way.  Modern Farmhouse and Industrial styles developed as subsets of Transitional, a mix of traditional and modern.  My recent show house visits displayed a predominance of traditional style with abundant color, pattern and wallpaper but also some transitional style in neutrals.  We may be in an age where you can have whatever style and color you want!

Due to the expansion of the internet and increased world travel (sigh), we now see design influences from the entire globe.  During my time in business, HGTV, Pinterest and Instagram were introduced and became enormous influences in design.  The emphasis on what is new may be part of the reason why I have the happy luxury of repeat clients.

Time to give thanks to all of the people I have come to know and depend on in this business.  It takes a village of vendors, workrooms, installers, contractors and other designers to deliver completed projects. And, without wonderful clients I wouldn’t be in business 25 years later.  Thank you all!  Special thanks to the early clients who gave me a chance which encouraged me and kept me in this fulfilling career.